THE FUTURE IN OUR HANDS FOUNDATION

THE FUTURE IN OUR HANDS FOUNDATION

Jan and Didy Steenhuis together founded the foundation “the Future in our hands”. Together they have been active in the Gambia for a number of years with a project consisting of a nursery school and a medical post. 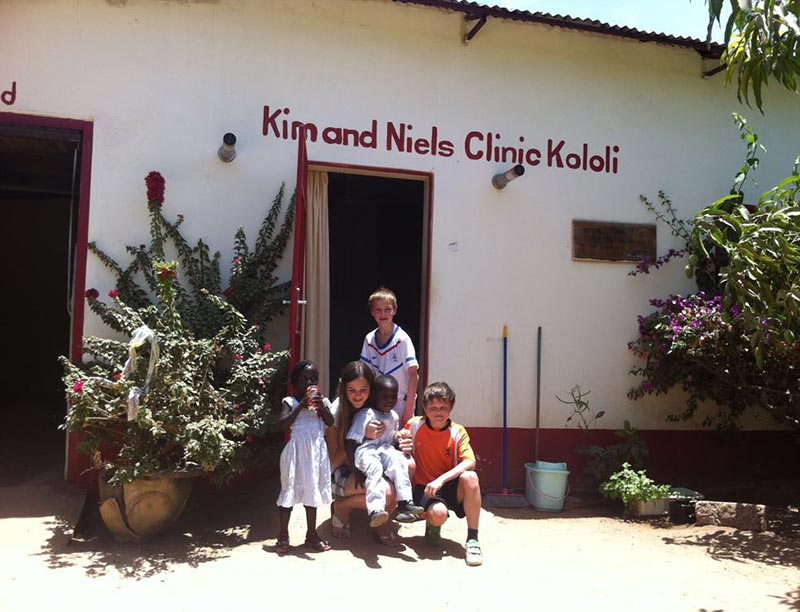 The Gambia is one of the poorest countries in the west of Africa. We have been coming to the Gambia since 2000 and what we saw then was terrible, what poverty! It was really a culture shock.

You regularly see images on TV about these poor countries, but often you forget it a little later. When you see it with your own eyes, you know that we can do something about it together. We always say; we are not there to change the world there, but to help.

We found a school there. Four walls, a roof like a cheese of holes and furniture, that when the children moved, the splinters were in the legs and arms. Lessons were hardly available. A pencil was cut into three pieces so that 3 children could write. Tweezers were used to use the crayon to the end. Heartbreaking to see when a child had written something on paper, that it was erased so that the next one could use the same paper again!

When we left the first time we knew for sure, here we come back to help. We have been more than 20 times now.

Nursery school children from 3 to 8 years old learn to calculate, write and read in English in a playful way. When they are eight years old they go to primary school.

In the beginning we took a lot of teaching materials, the last 6 years we have taken money with us because we still wanted to renovate the school. A new roof, new furniture and painting. The money that was needed for this was offered to us by primary schools in Zuidhorn, Noordhorn and Aduard, through various actions. In this way we could improve slightly every year.

Now there is a nice school according to African standards. What we noticed then was that not all children were present every day. It turned out that not all parents could pay the school fees and many children are often ill. Since 2005 we have decided that we pay school fees for all 250 children, 12 Euro per year per child.

The school fees are transferred to the school each month by the bank in The Gambia, so that the teachers are paid. This money is obtained through all kinds of actions from the schools here in the Netherlands, such as sponsor walks. Also a fantastic gift from Rotary Club Groningen West, gifts from Lionsclub Westerkwartier and many private donations.

We have now shipped 3 sea containers with materials such as blackboards, good Dutch furniture, metal cupboards and a lot of teaching materials. Everything we had made there from wood was already “finished” (bad material) or eaten by the termites after two years (We learn every year). There is so much written off here in the Netherlands which is very good to use in The Gambia.

Because we learned at school that many children were often ill, we looked at what we could do about this. Medical help costs a lot of money for the Gambians and they often have to travel which also costs money. Money is something they don’t have, most people don’t have a job. Often they do not go to a doctor and then you see the consequences, many deaths among the children.

Especially malaria, which can be cured if you go to the doctor in time. That is why we started a small medical post four years ago, where not only the children, but all residents of the village of Kololi and surrounding areas can go. We have found a fantastic nurse who is paid by our foundation.

We have a lot of contact in The Gambia with the Ministry of Health and especially with the minister, Dr. Tamsir Mbowe, also director of Health. We talked to him a lot about the health of the children and what we can do about it together. Many children die before the age of five.

In May 2007, the Minister visited our home for a few days, an honor and recognition for what we do there. He advised us to build a maternity hospital to help the women. The women and children are very important in The Gambia.

This dream came true in January 2008. Kololi even got his own ambulance, which was offered to us by Ambulance Care UMCG Tynaarlo, a 4wheel drive ambulance from Schiermonnikoog which is particularly suitable for driving over the sand there. This ambulance, together with a truck with medical and school materials and a station wagon, was driven by 7 people to Gambia, a journey of fourteen days. The truck, offered by the owner of Drive In Box, and the station wagon were sold there. From the proceeds, the clinic could be built and all classrooms were fitted with tile floors.

Our project is now no longer just the school, but our goal is to give the children a good start from birth. This is through good guidance during pregnancy, childbirth assistance, aftercare for mother and child and then from their third year four years Nursery School for the child. Many babies and sometimes mothers die during childbirth (1 in 13). In this way, the child makes a good and healthy start.

In 2008 we were able to realize a well by a subsidy from the Municipality of Zuidhorn. The entire village can make use of this.

“Education, Health and Water are important and belong together”

Our project is mainly focused on the future of young children, yet we have also started two projects for older children and adults. First we started with adult education. This is given in the afternoon hours when the young children are at home. We saw a gap between the parents and their children, because most parents cannot read or write. If you gave the children a note home with a message, they couldn’t read it at home! Adult education has been a success because two classrooms are full every afternoon.

Secondly, a computer room with 10 computers has been realized. Here the older children and adults can be taught by a qualified teacher. They pay tuition fees for this and receive a diploma afterwards. We also provided this locally with a copy machine. A small fee is charged for their use, so that there is additional income. Just like the clinic, the computer lab should become self-supporting in the future, but they still need help for the electricity costs.

In June 2008 we received a letter from the President of the Gambia thanking us for what we do for his country and especially the way in which it is done. First consult with the ministries and villagers about what is needed and only then do it. Fortunately, we have good contacts at all ministries and we are often there to talk about everything, this is so important!

In the future, the clinic should become “self supporting”, but we would like to help them get started and that will certainly cost time and money. Ensure that good medical equipment and medicines are available. The school is now doing well, but there is still something to do every year, such as repainting, repairs and most importantly the school fees. And for that we ask for help, because as we always say: “A project is never finished” .

We’d like to tell you more about our services. Fill in the form below and one of our employees will contact you.